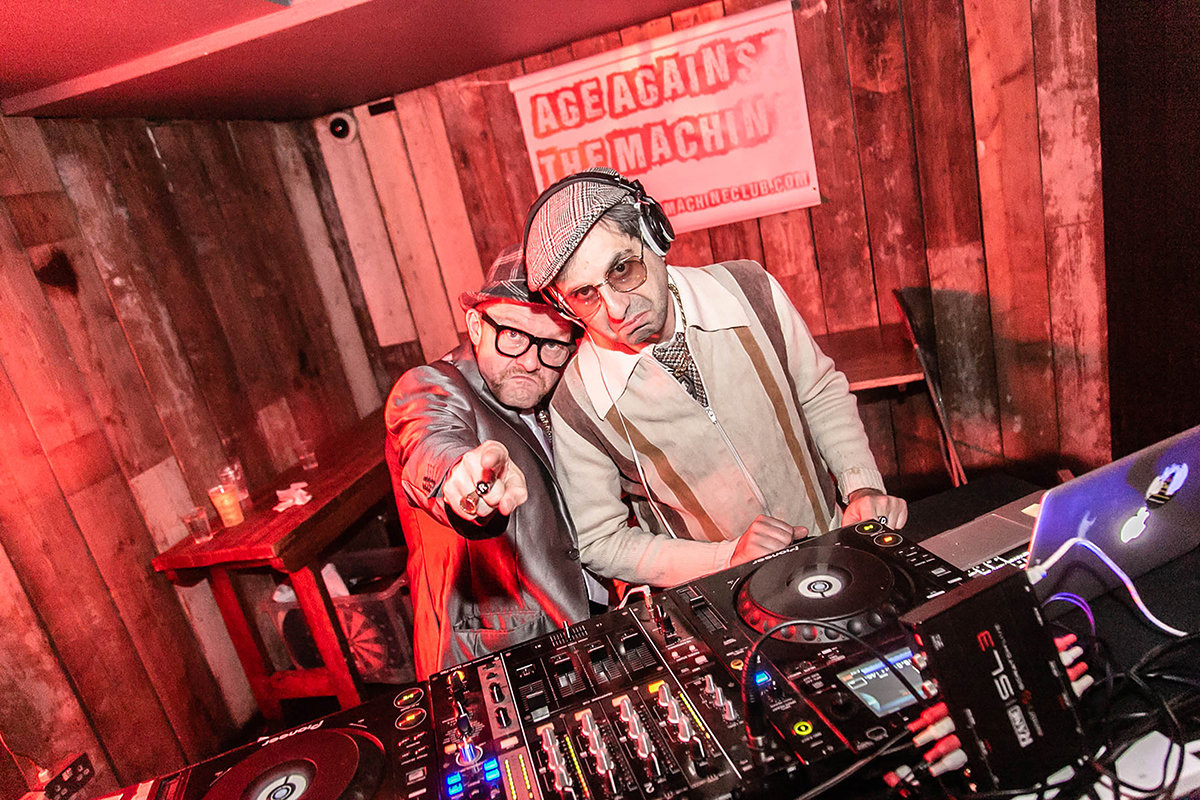 Act your shoe-size not your age.

Welcome to Age Against The Machine, the club that fights for your right to still party!

Join Don & Reg (ex-barrow boys and close personal friends of Barbara Windsor) as they ask you to act your shoe-size and not your age.

Built from the legendary Coffin Dodgers Disco, AATM still keeps the kids out by demanding you bring I.D, to show you are over 30. If you are under that, you’ll have to hang out somewhere else.

Musically, we’ll take you from pop, to disco, to indie, to ska, to dance and anything else in-between from the 50s to (almost) now.

Age Against The Machine has also appeared at numerous festivals over the years, such as Standon Calling, Isle of Wight, Shiiine On and more.